Who asked for a WHITE CHRISTMAS

Four snowstorms in a week! 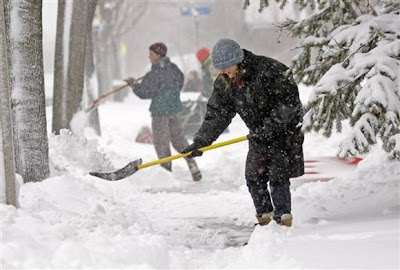 THAT'S ENOUGH. I've already had it with that powdered sunshine &5#@>&^* and it's only Xmas Eve.

We had record snowfall last year and so far this year we are about a foot ahead of normal.

I sure hope the weather pattern changes real soon, whatever happened to Global Warming anyway? Bring it on quick, it's cold out there.

My snowblower decided not to start the other day. What a piece of junk it has been, it gives me problems every year. I think it sucks in snow which melts then refreezes and cuts off the fuel. 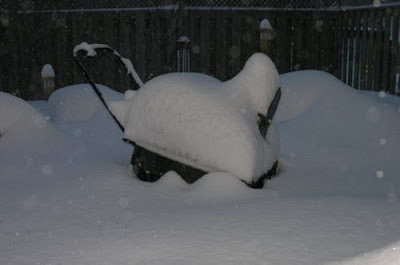 Anyway, Watch out on the roads, they can be treacherous at times, leave lots of extra space between vehicles in this weather and slow down, it's better to be late than be in the ditch!

More on road safety at http://www.ezee.ca
Forklift Safety at liftright.net
See Truck photos or my other photos at donssite.com
or see optical illusions or web animations
Posted by Donssite at 10:49 PM 14 comments: Well the first week of December and most of the States have had at least a little taste of winter weather soon to come.


The most important things about winter driving are keeping speed relative to road conditions which could be much lower than posted speeds, and keep lots of distance between vehicles. Be especially careful using on-ramps and off-ramps, that's where a lot of people lose it often on black ice.

A seasonal hazard on the roads in many areas will be the snow plows and salters. 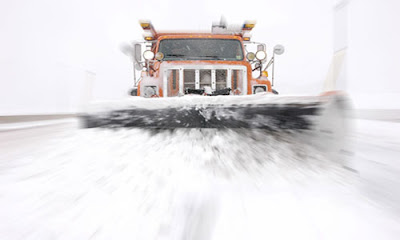 Give them the room they need to make your roads safer. 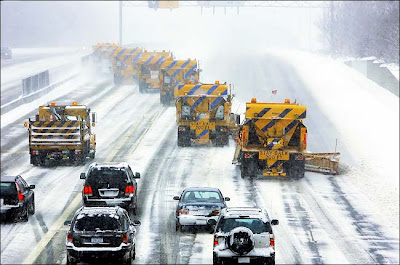 On the bigger roads, Conga Lines.

You don't get by these guys, they are probably running along at about 30 or 40 MPH depending on conditions.

As each guy plows his pile to the guy on his right, they may be spreading a salt, sand or gravel mix for traction and to melt or prevent ice. You don't want to drive into that stuff bouncing around on the road as they spread it, it dings up your paint job pretty good.

I have the pleasure of driving behind these several times a year. It can be frustrating but it sure makes the highway an awful lot safer than without.

What a pleasure it is driving through the south in the winter.


More on road safety at http://www.ezee.ca
Forklift Safety at liftright.net
See Truck photos or my other photos at donssite.com
or see optical illusions or web animations
Posted by Donssite at 12:44 PM 9 comments: