At the end of my driving day yesterday I had one last run up highway 427 when our little snowfall came. We only got just over an inch by the time it was over but the temperature was just below freezing so it turned to ice as tires compressed it on the road. 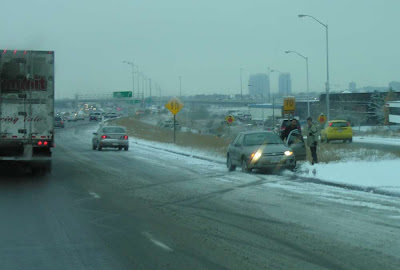 Eight crashes (none serious) as well as several spin outs and a couple of cars in the ditch were the main reason for traffic to be moving about walking speed. Once in a while traffic would speed up to about running speed until someone started sliding then back to walking speed again. 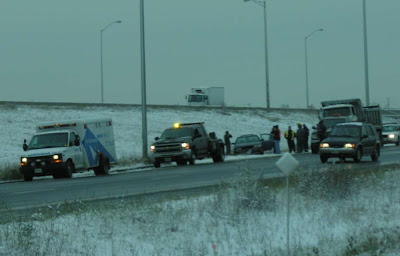 This was a perfect example of drivers either ignoring the road conditions or not being able to recognize them. Almost all of the collisions I saw were due to vehicles being too close to each other when they had to brake and not being able to stop or slow down enough then CRUNCH.

Oh what a day to own a body shop. I had a friend that owned one and he was as happy as a pig in mud when weather was like this.

More on road safety at http://www.ezee.ca
Forklift Safety at liftright.net
See Truck photos or my other photos at donssite.com
or see optical illusions or web animations
Posted by Donssite at 8:18 PM 6 comments:

Well, it's here. The snow has arrived and ten minutes into my first flurry a car spun out in front of me as I was turning through an intersection.

The driver looked like he saw a ghost, he did a 180 and was facing me (driving a truck right at him) when he stopped.

Winter driving is much different than warm weather driving with some obvious hazards but sometimes there are hidden hazards as well such as "black ice". Black ice is a thin layer of ice that forms on the road that is invisible and causes a tremendous number of accidents each year (mostly vehicles in the ditch). 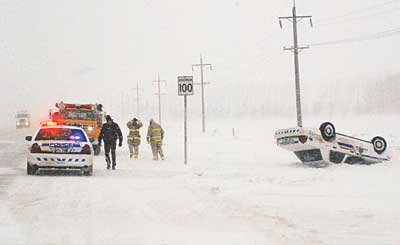 Whenever the temps drop below or even near freezing drivers must adjust their driving habits to suit the conditions. SLOW DOWN, LEAVE MORE DISTANCE BETWEEN VEHICLES and PREPARE TO STOP SOONER.

More on road safety at http://www.ezee.ca/
Forklift Safety at liftright.net
See my photos at donssite.com or see optical illusions or web animations 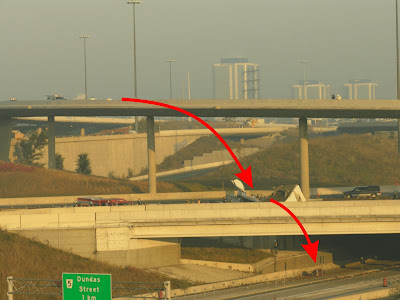 I had to make my way around the massive congestion caused by this crash three times today with one trip passing right by the scene. My camera battery was dead when I drove past the scene though unfortunately, I had my camera on too long earlier taking the long distance shots shown here. 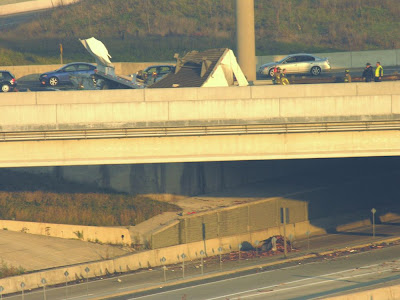 I have seen many many crashes over the years but never anything as dramatic as this one. The wreckage was more like a pile of scrap metal pushed across the road. 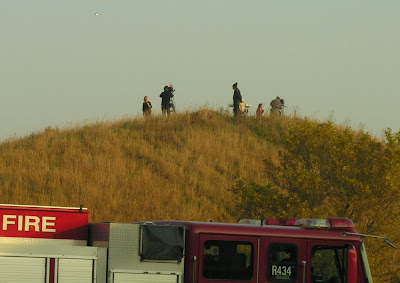 All together the westbound lanes were closed about twelve hours for the investigation and clean-up.

Beyond the human cost of the tragedy, can you imagine the other costs of this accident paralyzing the south west corner of the city the entire business day and into the evening.


More on road safety at http://www.ezee.ca
Forklift Safety at liftright.net
See Truck photos or my other photos at donssite.com
or see optical illusions or web animations
Posted by Donssite at 9:15 PM 5 comments: